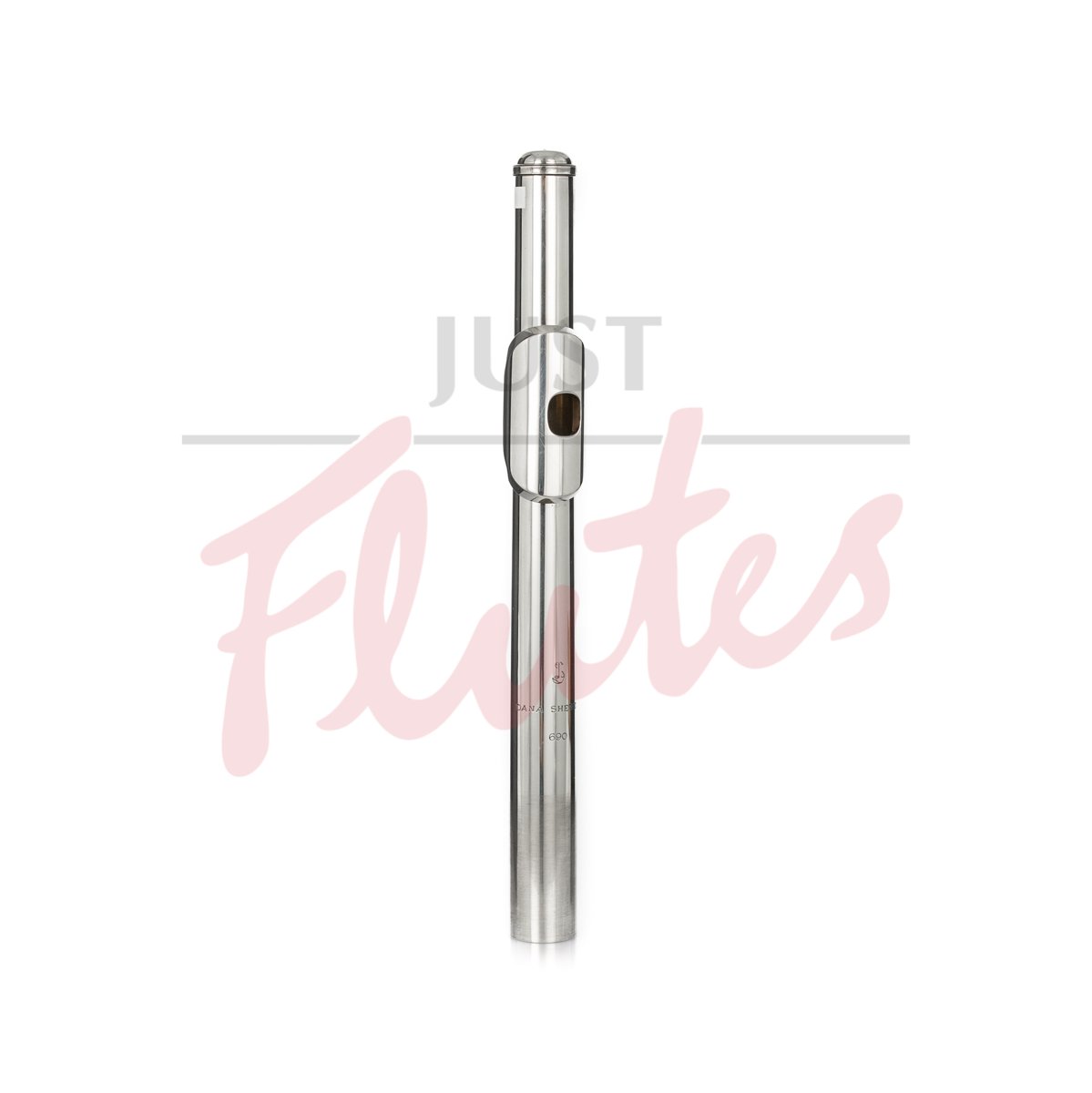 Dana Sheridan is widely regarded as one of the finest flute headjoint makers. Originally from the United States, he has worked with the Wm. S. Haynes, Verne Q. Powell (becoming manager in 1981) and Brannen Brothers flute companies before introducing Sheridan flutes and head joints in 1982.

Sheridan headjoints are meticulously hand-built to produce an even, responsive sound in all registers. They offer a wide range of tonal and dynamic possibilities with stable pitch, ease of articulation and provide a balanced resistance to produce a warm, flexible sound. The addition of a 14k red riser lends a darker quality to this sound. Very popular among professional flute players.

This headjoint has been through our workshop and has had a new headcork fitted and is in good overall condition, it has some minor surface scratches.

Dana Sheridan began building flutes in 1972 while studying music composition at the Berklee School in Boston, Massachusetts. He has worked with the Wm. S. Haynes, Verne Q. Powell (becoming manager in 1981) and Brannen Brothers flute companies before introducing Sheridan flutes and headjoints in 1982. He lives and works in Cologne, Germany as well as maintaining a workshop in Boston, where he works several times during the year.