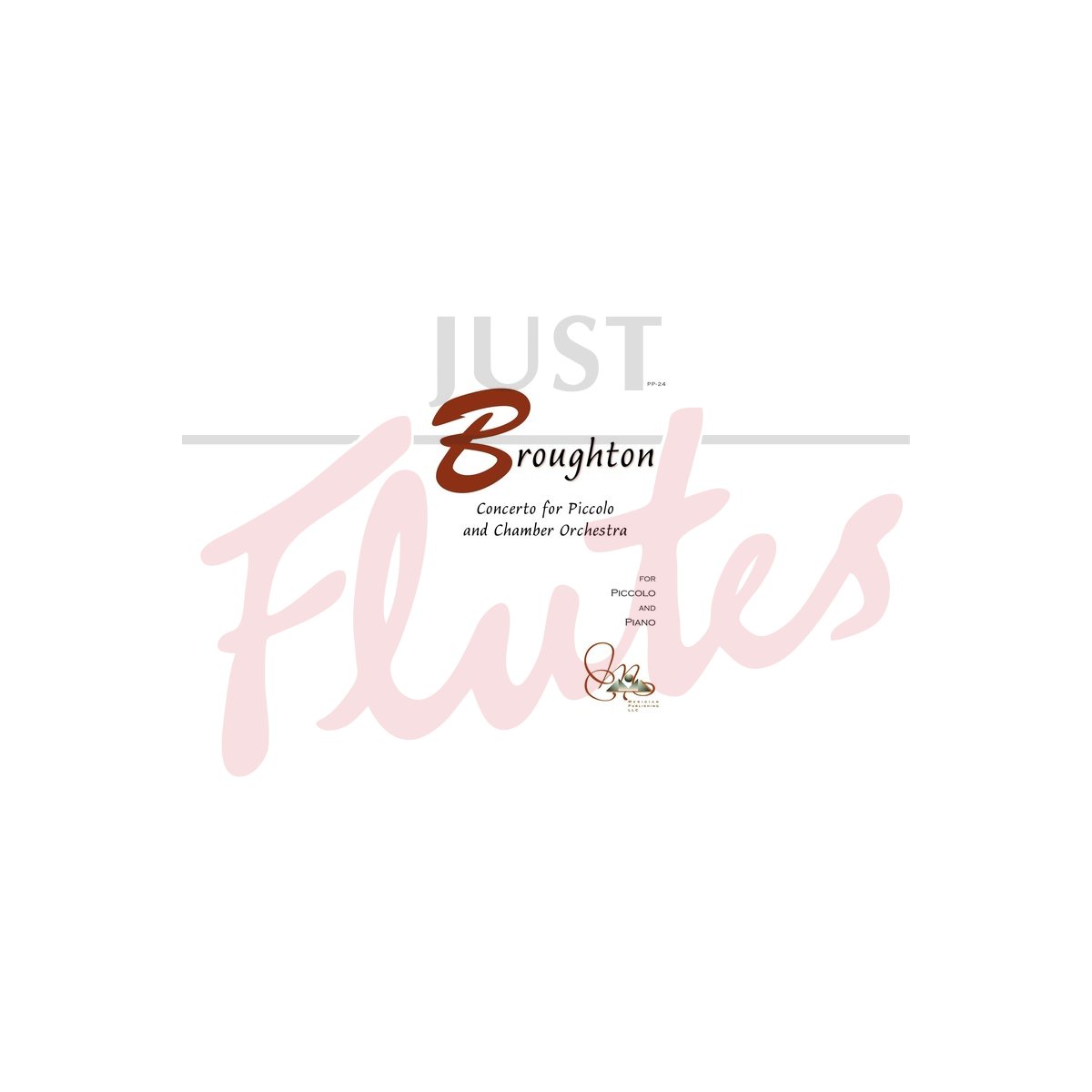 Bruce Broughton was born in Los Angeles in 1945 and graduation from the University of Southern California with a degree in music composition in 1967. His theatrical credits include Honey, I Blew Up The Kid; The Rescuers Down Under; Harry and the Henderson; and countless more. In addition to a variety of television credits, he has been nominated for an Emmy award 14 times, and received the award five times. His concert works include a Tuba Concerto, Toccata for Two Harps and Percussion, a Flute Quartet, and this Concerto for Piccolo and Chamber Orchestra. Composed in three movements, this concerto was written for Susan Greenberg (piccolo), and received its premiere performance at the 20th Annual National Flute Association Convention on August 23, 1992 in Los Angeles, with the composer conducting the orchestra.