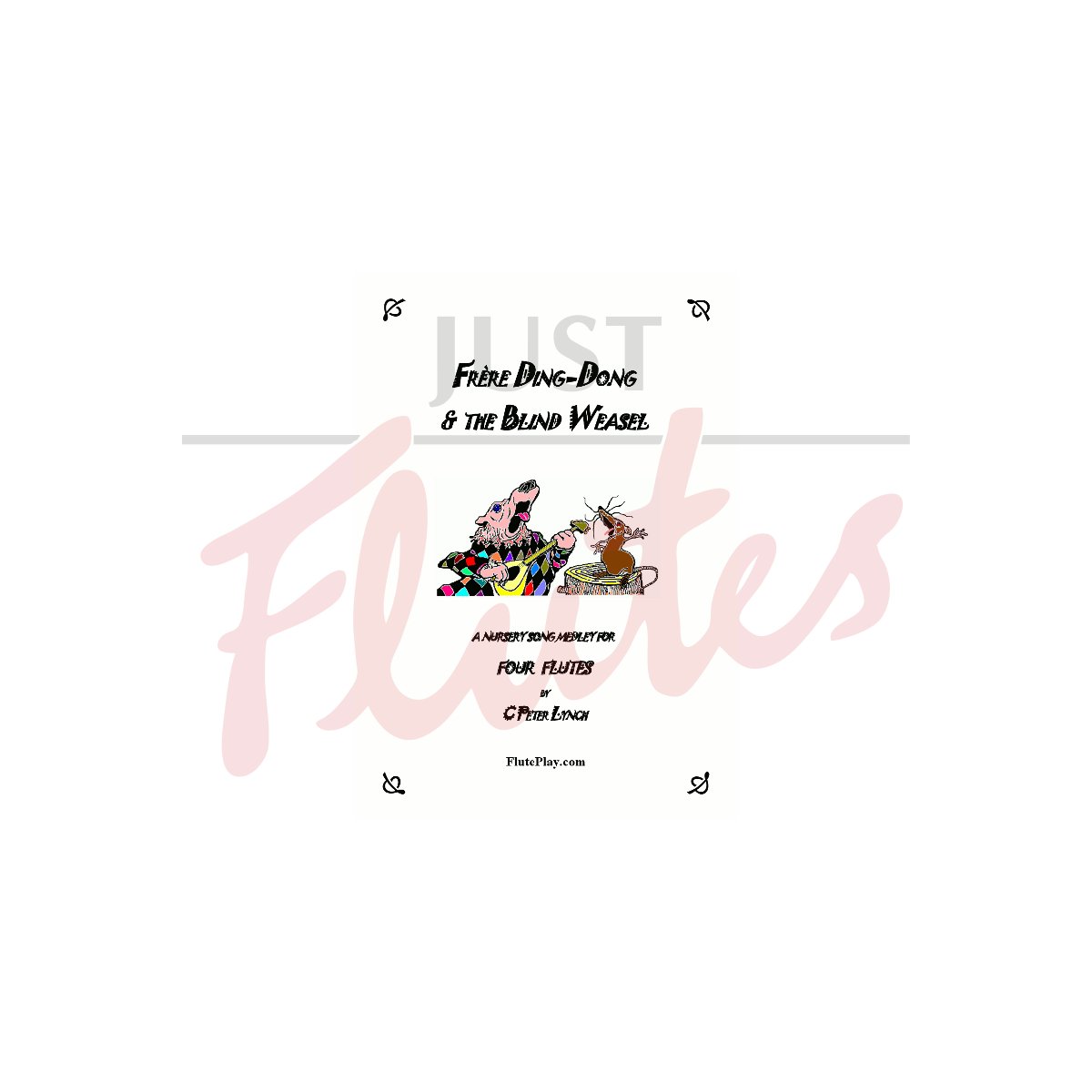 This is a completely revised second edition – better and longer – rectifying a few earlier imbalances in the relative difficulties of the various tunes. You will not be surprised to learn that the four tunes featured in this medley are:-

Frère Jacques’ two verses, whilst retaining the features of a round, now have a daring “bimodality” and cunning rhythmic displacement. Ding Dong Bell is antiphonal and uses an ostinato and open fifths to represent the tune’s campanological qualities; imitation gradually pervades the texture.

The irresistible opportunity for more lurid word painting proved too strong in Three Blind Mice, where the influence of Alfred Hitchcock’s Psycho is all too clear at the critical moment. Two time signatures and various keys are also enlisted with each melody subtly transforming into its successor. The last one, incidentally, uses a French sixth as a pivot chord which then becomes an actual feature, being used to harmonises the ever-lengthening “Pop” of the Weasel.

In a word, the piece begins innocuously, soon becoming more interesting and varied.  The musical material and instrumental ranges are shared equally between the players, so the fourth flute is just as much fun to play as the first.  The range never exceeds F3 however and all parts are well within the capabilities of a reasonably dextrous Grade IV to V player.