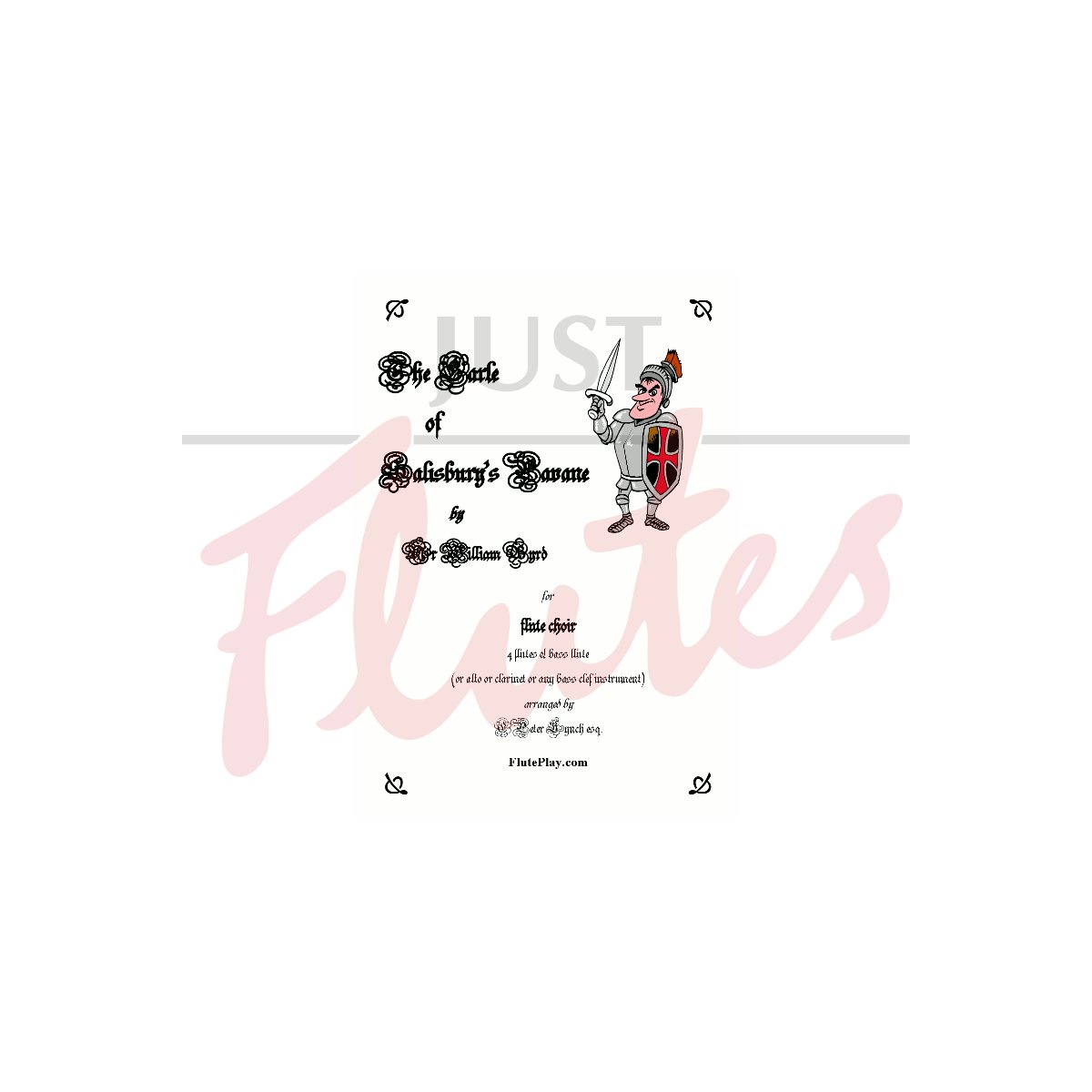 The Earle of Salisbury's Pavane

William Byrd
Arranged by Charles Peter Lynch
This item is discontinued. It is not available for sale.

After William Byrd was educated at Chapel Royal he was appointed organist of Lincoln Cathedral. In 1569 he was elected a gentleman of the Chapel Royal and three years later became organist there jointly with Thomas Tallis. Queen Elizabeth I granted Byrd and Tallis an exclusive licence for the publishing of music, which gave them considerable power over English musical life. In return, they dedicated to her their Cantiones Sacrae. As a recusant Catholic Byrd was prosecuted several times, but he still remained in favour with the Queen.

Byrd wrote choral music for both Catholic and Protestant services, as well as works for strings and around a hundred virginal pieces. These latter include the typical forms of the day such as preludes, fantasias, grounds, pavans and galliards.

There appears to be some uncertainty about the derivation of the word ‘pavan’. It could be a dance originating from Padova (Eng. Padua) in Italy, or it could stem from ‘pavone’, the Italian word for peacock, which probably tells us as much about the sort of dance it was as we want to know — except that, after all, it could be Spanish!

The Earle of Salisbury, dedicated to the memory of Robert Cecil, comes from a collection of keyboard works called Parthenia. It is the most well known of Byrd’s pavans, having a dignified charm which is not entirely lost when played by a flute choir! There are no dynamic markings in this edition, though opportunities for contrast and shape should always be used.