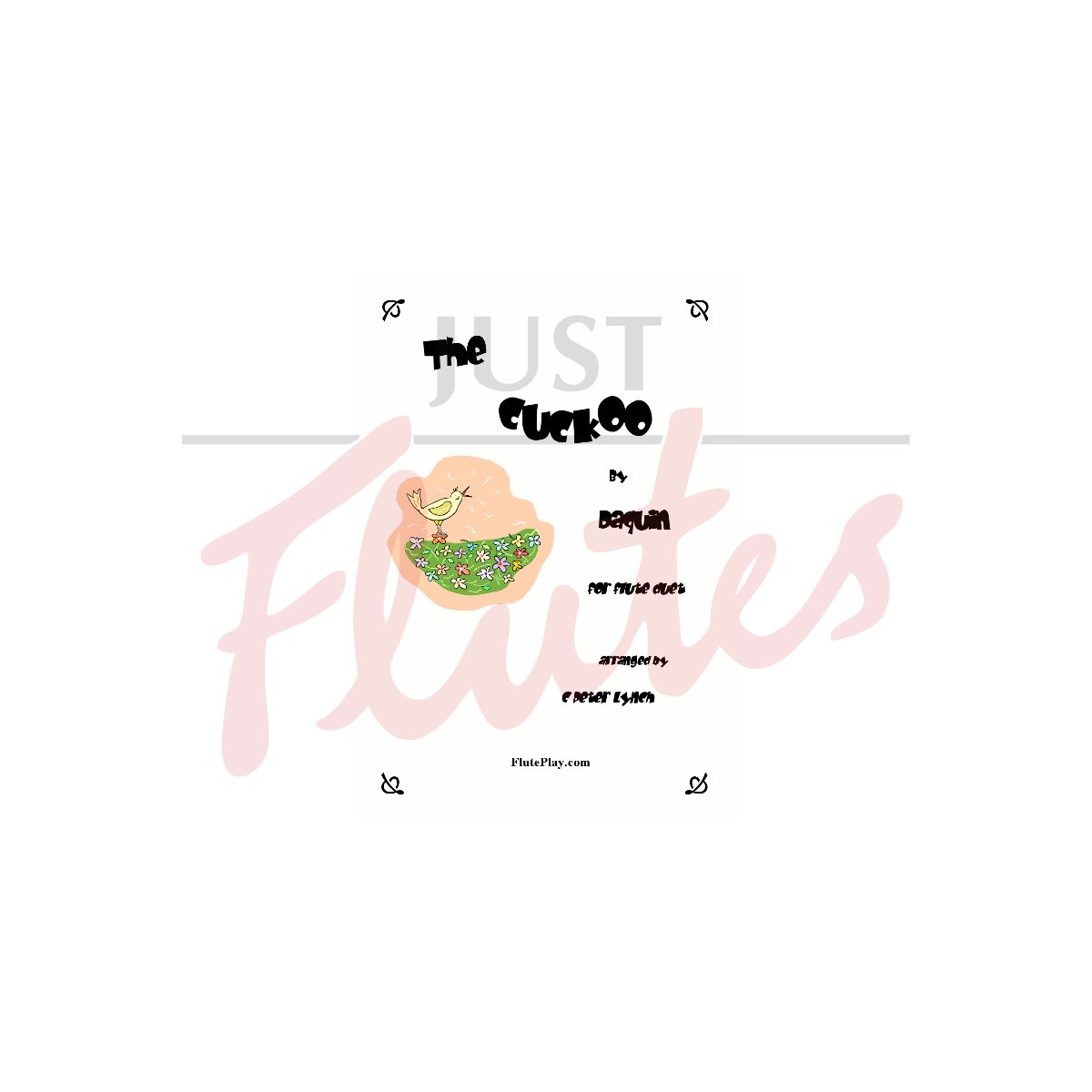 The Cuckoo for Two Flutes

This famous piece has been arranged for everything under the sun but here the material is shared out between the two flutes so that the cuckoo takes his turn. In addition, you have two separate parts and a score all for a bargain price!

The Frenchman Daquin (or d’Acquin) was a composer mainly of keyboard pieces and church music and, indeed, was a virtuoso on the harpsichord and organ. Undoubtedly a youngster of prodigious talent, he performed for King Louis XIV when six years old and by the age of twelve he was already a professional.

He started at the Chapelle Royale in 1739 and became organist at Notre-Dame Cathedral in Paris in 1755. Daquin obtained such success as an improviser that the police were sometimes called in to maintain order in the streets of Paris on the nights he performed!

His music is notable for its charm, but much of it has been lost. Surviving works include four harpsichord suites, keyboard settings of Christmas carols and a cantata. His Premier Livre de Pièces de Clavecin was published in 1735 and it is in this collection that Le Coucou, his most famous piece, is to be found.

The piece has a rondo structure, though the episodes hardly contrast with the main idea. Thematic material is essentially sequential semiquaver patterns and “cuckoo” figures, interspersed with sectional cadenzas.

As always with Fluteplay, the music is shared out so that players have equal interest. The first flute goes up to A3 whilst flute two reaches E3. Plenty of helpful suggestions for a stylistic performance are given in the score.

This version is in A minor