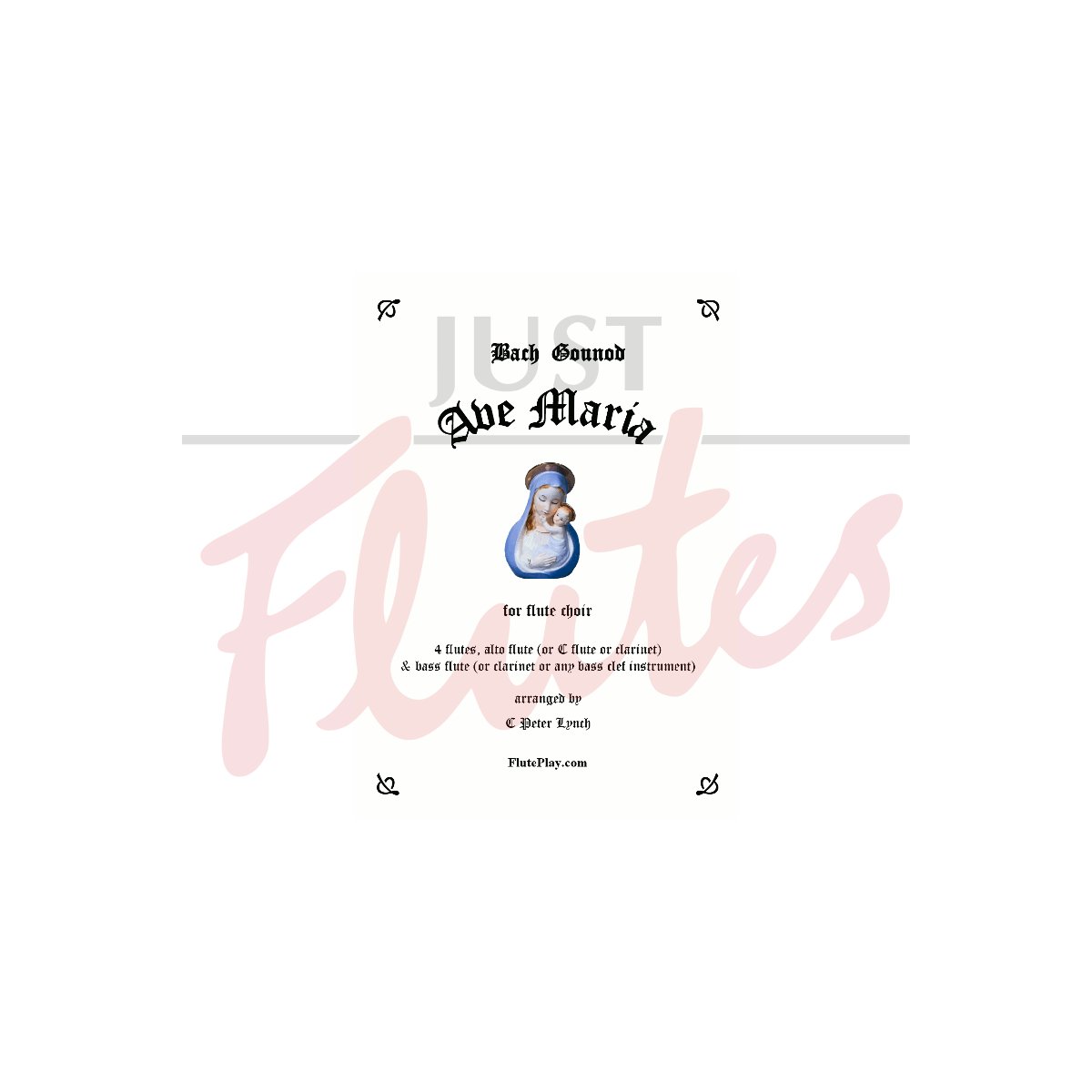 Ave Maria by Bach and Gounod must be one of the most frequently arranged of all compositions. The ostensibly simple, Baroque prelude, the first from Book I of the 48, combines effortlessly with the melody by Gounod, a composer noted for his Romantic treatment of religious texts. It is a marrying of opposites; the arpeggios of the Prelude, with their constant semiquaver movement, counterpoise the scalic patterns and octave leaps of the melody with its mixture of tied long notes and quavers.

This arrangement consists of two through-composed strophes. In order to maintain interest further, both to listeners and performers, the melody and arpeggio figures are shared out in a fairly even manner between all players. The accompaniment is accorded rhythmic variety, especially later on. And the tune, in addition to being given a simple harmonic countermelody with identical rhythm, also receives two part canonical as well as four part contrapuntal treatment.

The feeling should be of a more or less gradual build up; the texture thickens to help realise this. The successful performance will also give due weight to the balance between melody and accompaniment. Strict observance of all dynamics is therefore essential.

Some consideration might also be given to the physical placement of the performers to exploit the antiphonal nature of much of the writing. There could be, for example, three groups consisting of Flutes 1 & 2, Flutes 3 & 4 and Alto & Bass.