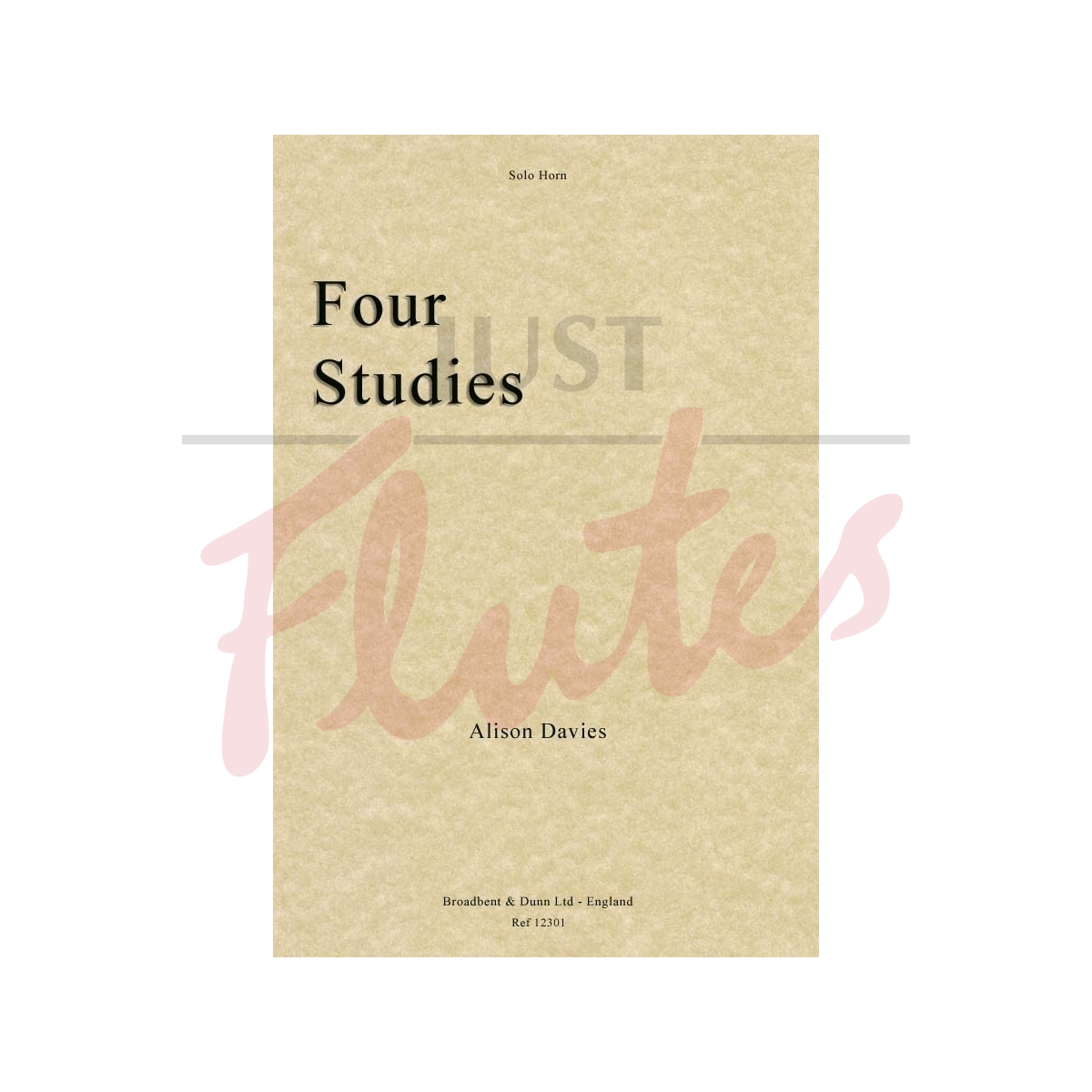 This delightful piece, written for Laura Sheppard when a student at Trinity College of Music, is beautifully written for both horn and piano. Written to reflect the joyful kinaesthetic approach that eurhythmics brings to music. These short unaccompanied pieces are tuneful rather than atonal, although they not particularly rooted in one key. The style of the first is freely declamatory but in a haunting mood, requiring rubato and a wide dynamic range. The second piece is in a waltz style, with a sweeping tune and off beat figures, as if the horn is playing both the solo and its own accompaniment. The third piece is in ternary form in a bouncy hunting horn style with a staccato middle section. The final piece is the most virtuosi and swings along quickly with a jazzy feel, despite the 5/8 time signature. Useful pieces for the intermediate student, yet with enough substance for the more experienced. For studios, schools and use in music colleges as quick study material for fun, or as rewarding sight-reading material. Study One (Four Note Piece) was a Trinity College London exam piece between 1998 and 2001, while Study Two (One Two Three) was a Trinity College London exam piece between 1998 and 2004. Studies Three (Five Note Piece) and Four (La Basquish) were Associated Board of the Royal Schools of Music (ABRSM) exam pieces for grades 6 and 8 respectively between 2004 and 2012. Study Four (La Basquish) has been a London College of Music grade 8 exam piece since 2011.

Review: "Four Studies is a clever piece for solo horn that would serve the intermediate student well, yet has substance enough for the more experienced. The movements tell exactly what the music does. Four Note Piece is just that. One, Two, Three is in triple meter, and marked 'with a swing', which I liked best when I treated it like a Viennese Waltz. Then comes Five Note Piece. The joyful La Basquish is composed in an Allegro 5/8 meter and can be successful in a variety of tempi, from a fairly allegro moderato to a real presto. A fun piece." - Arthur LaBar in The Horn Call November 1995