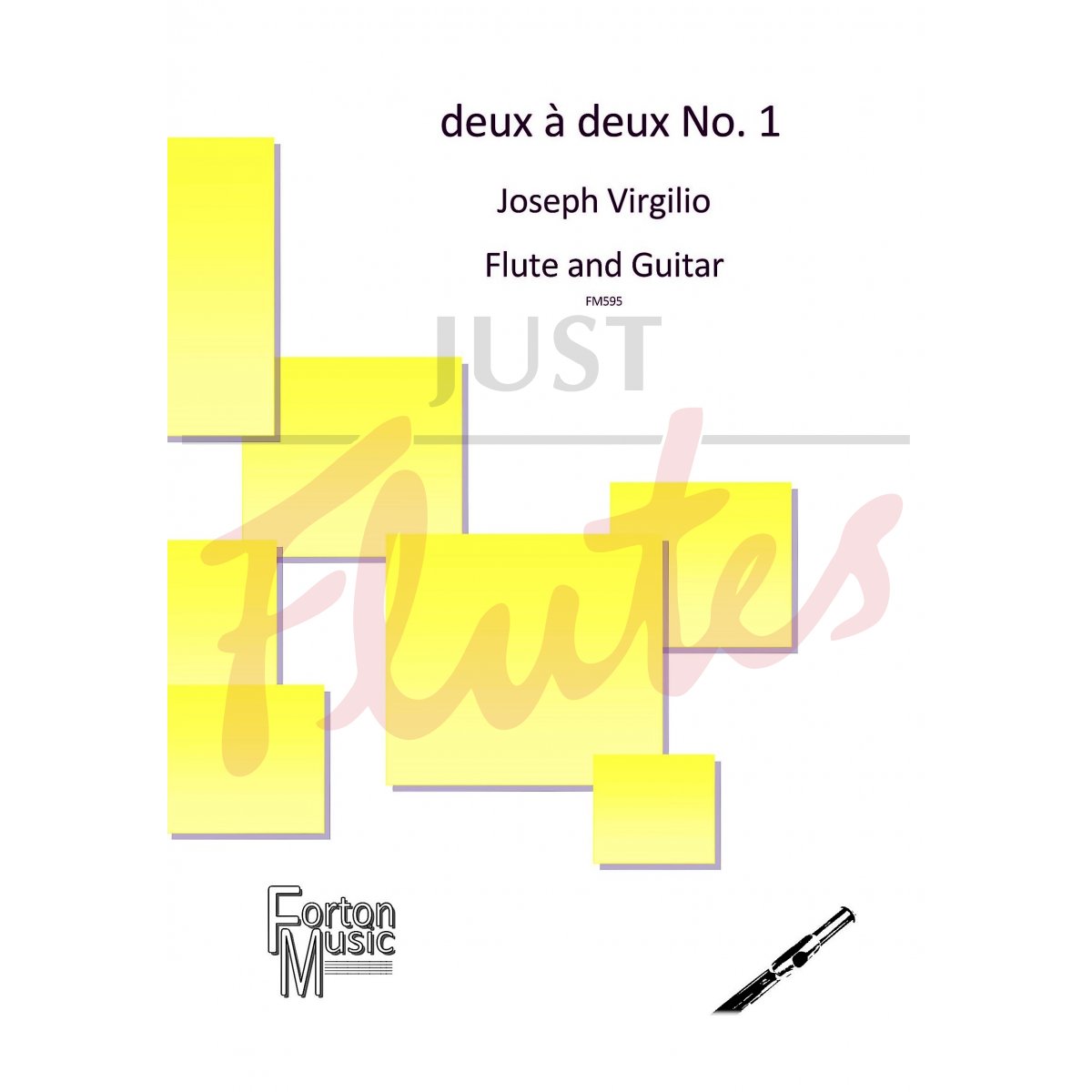 Deux a Deux No.1 for Flute & Guitar

The basic idea behind deux à deux No. 1 for Flute and Guitar was to remain diatonic – which eventually goes right to hell. The work has a phrygian component that is not only blatant in the opening but in reality the spark that set the whole work in motion (a tip of the hat to an NYC radio host, who commented on the vast number of songs written with such a progression, for the germinating thought). The phrygian component fades as harmonic changes are introduced but does not disappear entirely, ringing true at the close.  The choice of instruments for the work was based on a memory of sitting in my best friend’s dining room during our college days and plowing through a duet for flute and guitar. The level of writing for the guitar reflects his abilities on the instrument while the level of writing for flute stretches what were mine.