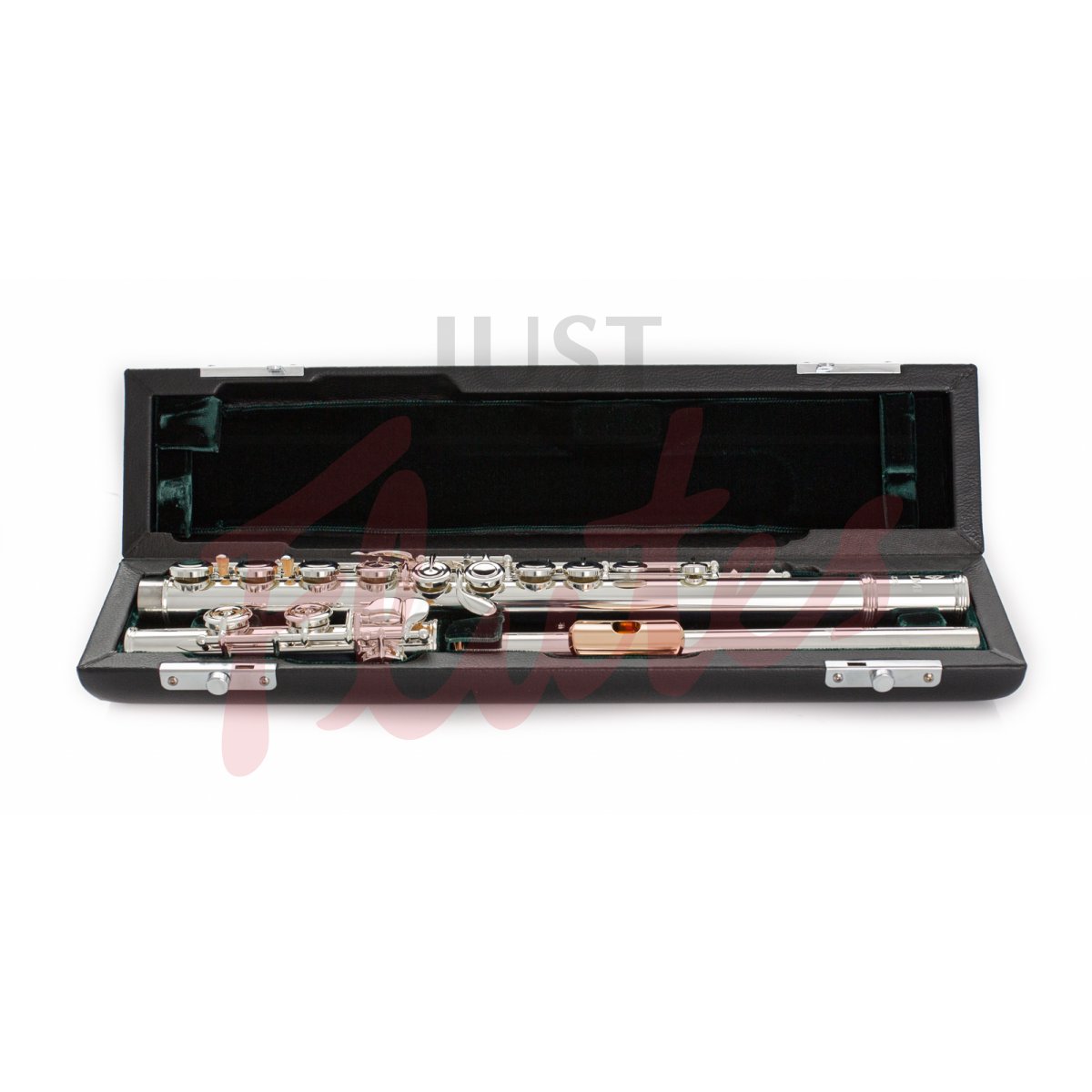 The key to the success of the Azumi is the Altus headjoint. This is the Z-cut style, hand-cut in Japan, which has a wider, rectangular shape to provide a quick response with a large tone, across the range of the flute

Ever striving onwards for continued perfection, Altus has released their new Azumi Z series. Whilst maintaining the constantly high manufacturing standards found with the 2000 series, Altus has succeeded in improving on what was already considered one of the best flutes for value on the market.

Z Series: Rectangular shaping to the embouchure hole leading to a quick response and an easy focusing and production of tone.

S Series: Oval shaping to the embouchure hole leading to more blowing resistance and a rich, colourful and 'personal' sound.

The different combinations of silver purities used in the S and Z series underline the characteristics of each cut to the headjoint, bringing out the individual qualities of each.